CNRS – Institute of Molecular and Cellular Pharmacology of Valbonne

We will study the selective contribution of Amyloid Precursor Protein (APP)-derived metabolites, other than amyloid beta (APP CTFs, and AICD) in mitochondria dysfunction, mitophagy, and neuroinflammation. We will use biochemical and imagery approaches and in vitro, ex vivo (organotypic slices and neuronal and microglial primary cultures), in vivo, and human Alzheimer patients-derived fibroblasts. Pharmacologic and genetic modulation of APP processing will be achieved by targeting β-or γ-secretases, or expressing APP fragments individually. We will target AMPK signalling cascade with the aim to alleviate mitochondrial dysfunction, mitophagy failure and neuroinflammation in Alzheimer Disease.

Mitochondria dysfunction is one of the earliest features in the brains of Alzheimer’s disease (AD) patients and is now considered to play a role in neuroinflammation. This proposal aims to understand the molecular mechanisms compromising mitochondrial function and quality control and its impact on neuroinflammation in AD, focusing on APP-derived metabolites, other than amyloid beta.

Understanding these molecular mechanisms occurring early in AD will hopefully provide a window for a combined therapeutic intervention modulating both mitochondria dysfunction and neuroinflammatory response in AD.

– Test the impact of IL1β and IL6 on the neuronal DSBs response and BRCA1 levels, their synergy with amyloid β and epileptiform

– Unravel the molecular mechanisms of DSBs repair deficits in AD.

I recently showed that neuronal DSBs accumulate during AD, due to a deficit in repair factor BRCA1, whose depletion in mice causes cognitive decline. Here, we will test the contribution of neuroinflammation, considering its strong involvement in early AD pathogenesis. By dissecting the signaling pathways and molecular mechanisms linking inflammation, DSBs accumulation and cognition, we hope to gain further insight of the importance of this epigenetic change for AD pathogenesis, which may ultimately lead to the identification of new targets for therapy. Moreover, our findings may also expand knowledge beyond AD, as neuroinflammation is involved in a wide range of neurodegenerative diseases.

The objective of this study is to evaluate the impact of the inoculation of various amyloid strains on the local development of Aβ isoforms, on the spreading of amyloid in the brain and on their functional impact. We will produce well-defined human amyloid strains with specific mutations and inoculate these strains in the brain of mouse models of amyloidosis. The impact of each strain on modulation of local Aβ isoforms will be estimated by mass spectrometry of interstitial fluid (sampled by microdialysis). The spreading of amyloid will be assessed by 3D histology and network analysis. The functional impact of the seeds will be estimated by resting state fMRI and behavioural studies.

Exposure of human or animal brains to toxic Aβ assemblies leads to lesion amplification and spreading within the brain. Indeed intracerebral inoculation of AD-brain homogenates into mouse models of amyloidosis accelerates the development of amyloidosis in the recipient host. Similar induction also occurs in humans after iatrogenic contaminations. In addition, different amyloid seeds with various conformations exist and they can lead to different pathologies. Here, we will characterize key mechanisms leading to the spreading and toxicity of various well-defined human amyloid strains with specific mutations. This is a first step towards identification of potential targets for future therapies.

Alzheimer’s disease (AD) pathophysiology is still imperfectly understood. In particular, we currently lack an integrative view of the disease to interconnect knowledge about the molecular, cellular, clinical and systems levels that remain scattered. Computational knowledge models have the potential to provide such an integrative view. The aim of this project is to provide a multiscale knowledge model of AD pathophysiology by aggregating existing heterogeneous resources (disease maps, ontologies, databases) using Semantic Web standards. The resulting model and associated software tools will be made publicly available to the scientific community.

Alzheimer’s disease (AD) research constantly generates new knowledge about specific molecular, cellular or clinical aspects. However, understanding of AD pathophysiology remains insufficient and existing paradigms failed to result in curative outcomes. Improving the exploitation of available knowledge would help to reach this goal. A formal ontology can link validated knowledge that cover AD domain and benefit from complex query and automated reasoning abilities. Designed as a multiscale model, this resource will allow one to integrate and manage heterogeneous and currently scattered data, thus contributing to the (re)interpretation of results and the generation of new hypotheses.

Role of FKBP52 in the Autophagy-Lysosomal System: Implications in Tau clearance

Alzheimer’s disease (AD) is characterized by the accumulation of intra-neuronal Tau aggregates. FKBP52, an enzyme involved in protein folding, interacts and modulates Tau function. We have previously reported that FKBP52 co-localizes with pathological Tau in the Autophagy-Lysosomal System (ALS) of AD neurons. Here, we would like to dissect the potential role of FKBP52 in ALS activity and assess its impact on Tau clearance. The first aim is to monitor ALS activity in vivo in a FKBP52 mutant zebrafish model. In aim 2, we will study the impact of FKBP52 expression on ALS activity in a Tau pathological background using Tau-inducible neuroblastoma cell line and zebrafish Tau mutants.

We have previously reported a strong reduction in FKBP52 expression in post-mortem human AD brain tissues that is tightly correlated with the accumulation of Tau. We have recently shown that FKBP52 co-localizes with Tau in the ALS of AD neurons. Thus, our working hypothesis is that FKBP52 could be involved in Tau clearance through autophagy and that FKBP52 decrease observed in AD could be implicated in Tau degradation deficiency. This project will decipher the role of FKBP52 in ALS activity and its impact on Tau clearance. The results obtained should support the idea that modulating FKBP52 activity in AD pathogenesis might be a new potential therapeutic approach. 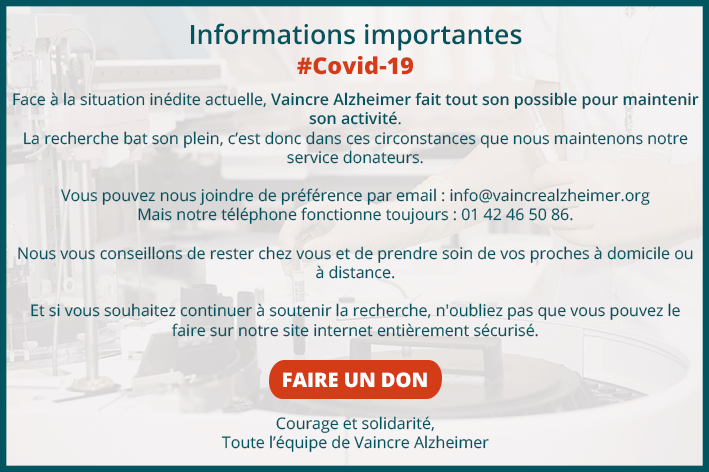