TREM2 genetic variants have been associated with an increased risk of developing Alzheimer’s disease (AD), thus reactivating the neuroinflammatory hypothesis. While the participation of microglia to amyloid plaques clearance has been clearly established, its role in the occurrence and progression of tauopathy is much less studied. Our aim is to determine 1) whether microglia, peripheral macrophages invading the central nervous system (CNS), or both, lead to neuroinflammation during the development of tauopathy and 2) how variants of TREM2 expressed on the surface of these cells affect the severity of the pathology.

Alzheimer’s disease is characterized by the appearance in the brain of patients of senile plaques and tau protein aggregates, or tauopathy. This second type of lesion having a better correlation with the progression of symptoms, it is important to determine the factors that influence its development. Neuroinflammation could be key in this regard, as suggested by recent genomic studies that revealed the importance of the microglial TREM2 receptor. Our project will better characterize the pathophysiology of Alzheimer’s disease, and determine whether neuroinflammation is deleterious or may instead have a beneficial role in the progression of the disease, opening new treatment prospects.

In this proposal, we would like to obtain a multi-target directed drug candidate that can have both symptomatic and disease-modifying properties against Alzheimer’s disease (AD) by acting on two identified targets: the serotonin type 4 and type 6 receptors (5HT4R and 5-HT6R). We aim to design a Multi-Target Directed Ligand able to both activate 5-HT4R and block 5-HT6R in order to display a synergic neurotransmitter release and consequently a procognitive effect against the memory deficits in AD. Multidisciplinary skills and complementary competences of medicinal chemists (CERMN, Caen) and neuropharmacologists (IGF, Montpellier) will be engaged to achieve this objective.

Because the pathogenesis of Alzheimer’s disease (AD) is complex and related to the dysfunction of multisystems, we aim to engineer novel compounds able to engage simultaneously several targets that could impact AD symptoms and progression. In frame with a previous LECMA-granted project, we described an innovative Multi-Target Directed Ligand (MTDL) against AD, named donecopride (Lecoutey C. PNAS 2014; Rochais C. JMed Chem, 2015), which combines symptomatic properties via its inhibition of the acetylcholinesterase and anti-amyloidogenic action via the activation of the serotonergic subtype 4 receptor (5-HT4R). We intend to use this expertise to develop novel serotonergic MTDL.

With the perspective to develop potent therapeutics against the Alzheimer’s disease (AD) our major goal is to achieve a better understanding of the physiopathology of AD. We recently uncovered that overactivation of the 3’-phosphoinositide-dependent kinase-1 (PDK1) is a critical event in AD pathogenesis that promotes the internalization of TACE α-secretase and cancels its neuroprotective activity. Our specific aims are to (i) decipher the cellular and biochemical mechanisms sustaining PDK1 overactivation and TACE internalization in cultured AD neurons, and (ii) assess the occurrence of such mechanisms in AD mouse models with Alzheimer-like pathology and in brain samples from AD subjects.

Astrocyte reactivity (AR) is a hallmark of Alzheimer’s disease (AD), but its functional consequences are still debated. We recently established that the JAK/STAT3 pathway is responsible for AR in AD mouse models. Our preliminary data show that inhibiting this pathway by viral vectors blocks AR and decreases amyloid load in APP/PS1dE9 mice. To fully evaluate this therapeutic strategy, we will study another model with Tau pathology and assess clinically relevant outcomes with behavioral testing and metabolic functional analysis. We will evaluate if blunting AR restores biochemical, histological, functional and, behavioral alterations related to AD.

This project will delineate the therapeutic potential of blunting astrocyte reactivity in vivo by blocking the JAK-STAT3 pathway in two mouse models of AD. It is thus directly relevant to the understanding AD pathogenesis and it proposes to evaluate an original therapeutic target. Because astrocytes are involved in so many supportive functions for neurons, manipulating those cells may prove an efficient strategy to promote an optimal environment for vulnerable neurons in AD. Therapeutic strategies tested so far have usually targeted neurons directly but failed to show efficacy at the clinical stage. This project proposes an alternative and potent therapeutic strategy for AD.

Gamma oscillations, which are generated by inhibitory parvalbumin (PV) neurons, are involved in memory formation. Our recent work indicates that Alzheimer’s disease (AD) transgenic mice show altered PV cell function and gamma activity, which could contribute to their cognitive impairment. We propose to selectively increase PV cell activity with optogenetics in AD mice and evaluate if transient increase of gamma during behavioral tasks can be of benefit in AD. To do so we will (i) characterize the impairment in gamma activity during a memory task in AD mice and (ii) evaluate if transient enhancement of gamma activity specifically during this task improves cognitive performances in AD mice.

The originality of this project resides in the idea that AD-linked behavioral symptoms could be ameliorated by a transient enhancement of PV cell-dependent gamma oscillatory activity during learning. If so, our findings would show for the first time causality between gamma oscillatory activity and learning and memory processes, thus would be a major advancement for the comprehension of this cognitive function during AD and health. It will thus identify PV cells as alternative therapeutic targets to counteract Aβ-induced dysfunction, mainly memory process but also broader AD alterations, including deficits in attention or executive functions that might arise from impaired PV cells function.

Recently, we showed that inhibiting expression of HS3ST2 results in tauopathy arrest in zebrafish [1] and currently in mice (Fig. 1). Since HS3ST2 is expressed in synapses and neurites, we will analyze the role of HS3ST2 in a context of synaptic toxicity in vitro and in vivo. We hypothesize that HS3ST2 is centrally involved in the mechanism leading to tauopathy at the synaptic level. By using lentiviral vectors carrying shRNA-HS3ST2, we will study the HS3ST2 capacity to modulate Abeta oligomers-induced P-tau, to modulate neuronal density, morphology and plasticity in primary cultures of hippocampal cells and in two mice models of tauopathy involving or not amyloidosis (Tg4510 and 3xTg-AD).

This research is based in our recent work showing that HS3ST2, and its HS-3S products, are critical for the development of AD-related tauopathy. Since HS3ST2 is present at the synapse and it expression is increased in AD, studying how regulation of HS3ST2 expression can modulate synaptic plasticity and morphology in models of AD will provide new fundamental knowledge on the mechanisms leading to the pathology. The proposed research will additionally open to the future development of HS3ST2 inhibitors as new mechanism-based therapeutics aiming to protect synapses and to avoid the abnormal phosphorylation of Tau before it occurs.

Tauopathies including Alzheimer’s disease (AD) are distinguished by the 3R and 4R tau isoform composition of intracellular fibrillar tau deposits and might be defined by distinct tau strains propagating distinct fibrillar conformations.
Our objective is to propose new diagnostic tools that discriminate AD from other tauopathies, based on conformational and molecular fingerprint of distinct tau assemblies.
The six tau isoforms will be assembled into fibrils. Conformational epitopes will be identified by limited proteolysis and mass spectrometry (MS) and further quantified by targeted MS and immunodetection within recombinant fibrils, brain deposits and cerebrospinal fluid from cohorts.

To discriminate Alzheimer’s disease from other tauopathies, that might be defined by distinct 3R and 4R tau isoform composition of fibrillar tau deposits and/or distinct strains propagating distinct fibrillar conformations, we will identify the conformational and molecular features of distinct fibrillar tau assemblies composed of the six exisiting tau isoforms, using limited proteolysis and mass spectrometry. These isoform-specific conformational epitopes will be valuable tools to discriminate and diagnose distinct tauopathies, and design highly specific antibodies/Fab and/or paratopes/nanobodies aimed to block intercellular propagation of tau assemblies, paving the way for novel therapies.

Maximizing the clearance of toxic aggregates through modulation of autophagy is a key therapeutic strategy to prevent neurodegeneration in AD. From a novel perspective, we hypothesize that signaling pathways resident in the primary cilia will modulate autophagy, and that changes in adult hippocampal cilia may contribute to autophagy deregulation in AD. To achieve this goal we propose to study the role of SA#1) AD-related neuronal ciliary receptors on autophagic function in vitro, and SA#2) the primary cilia in the pathogenesis of Aβ in vivo. We will use pharmacological and genetic tools to activate ciliary pathways, as well as SLICK-H mice for the in vivo studies.

Accumulation of extracellular Aβ aggregates and aberrantly processed intracellular tau in AD interfere with the clearance systems of the cell, i.e., autophagy, and it is also accepted that early deficits in autophagy precede the formation of AD hallmarks. Thus, finding novel ways to restore autophagic activity during AD is under intensive research. We propose to manipulate the primary cilia and its related signaling pathways as a novel way to restore autophagic activity during AD, which would help removing toxic proteins and aggregates, attenuating the neuronal death and mitigating the deleterious consequences over the AD brain. 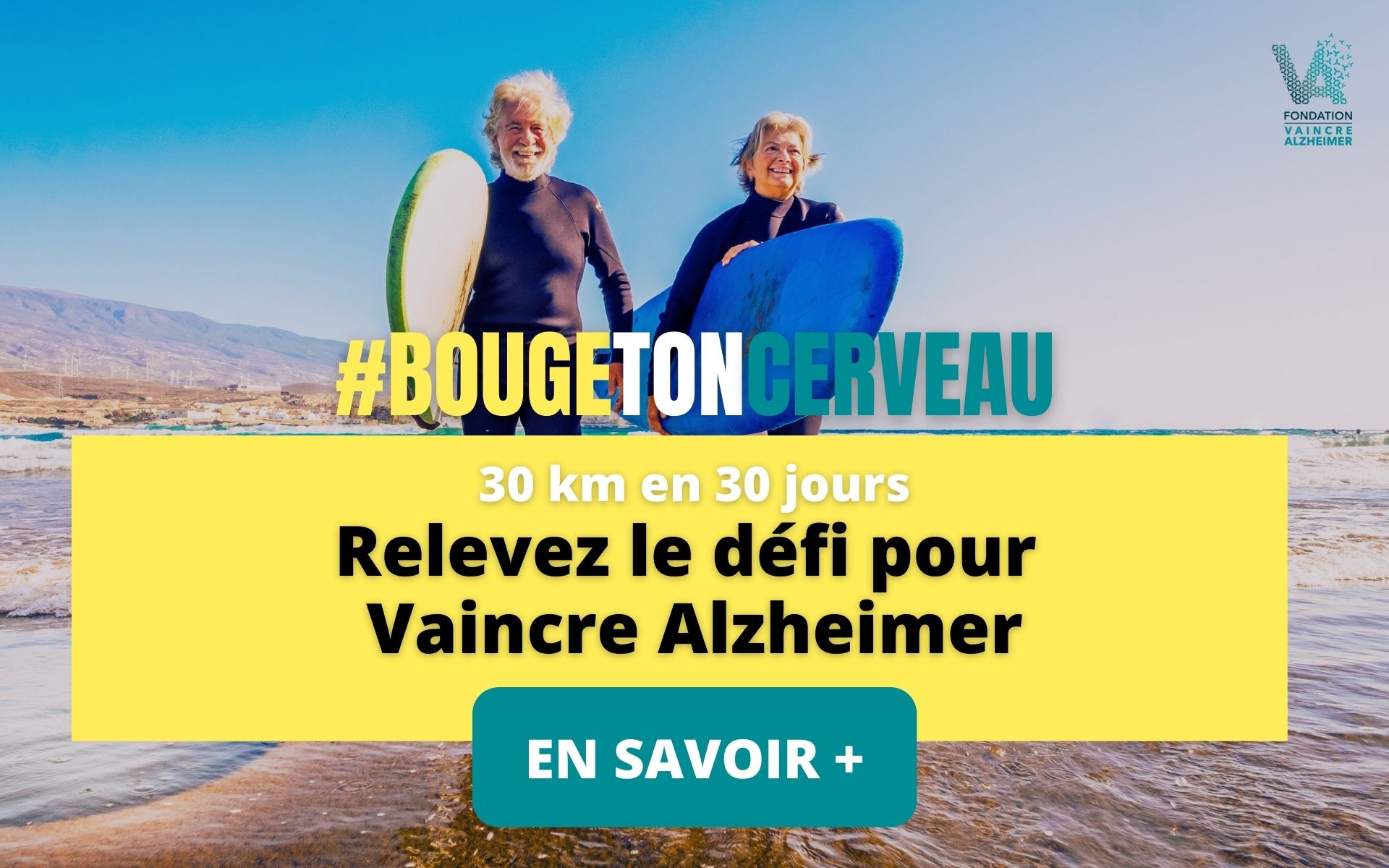